Agency warns over plastics in compost and AD

The Environment Agency has threatened a crackdown on poor performing composting and AD sites, where plastic is found in material to be spread to land.

And the action could have a knock-on effect on local authorities who could be in trouble for breaching duty of care rules for delivering contaminated feedstock to their organics contractors.

Addressing the annual conference of the Organics Recycling Group last week, Kathy Nicholls, senior advisor for biowaste treatment at the Environment Agency, warned: “As a regulator I’m getting a bit frustrated now – you have had the carrot and it is now the time to start using the stick.”

The ORG is part of the Renewable Energy Association and was holding its Annual Conference at the National Trust’s Quarry Bank site near Wilmslow, which brought together 120 delegates from across the UK.

Ms Nicholls showed the audience slides with pictures of plastic contamination that had been spread to land. She said: “Recovery needs to be without harm. It is not only the plastic contaminants themselves but the things that come out of plastics as it breaks down which can cause harm.”

The regulator’s concerns over plastics contamination are matched within the ORG itself. It has long campaigned for the receipt of green waste without plastic contamination from local authorities and sees its members as producing a good product in face of some significant challenges from the contaminated green and food waste.

The issue of plastics contamination was picked up by the group’s chairman, Charlie Trousdell, who told delegates: “Many of you will know plastics in the organics sector is a problem and the AD sector has similar problems too. They can remove the packaging but there is a cost. To me the solution is simply not too put it in in the first place.”

Mr Trousdell said that newspapers were full of stories about the problems of plastics and that there was a need for an awareness of not spreading plastic to land. To help reduce the problem with plastics, he declared: “We need to see greater use of certified compostable packaging that properly degrades or more products in the supermarkets should go naked.”

Ms Nicholls also outlined some of the actions planned by the Agency which had “better feedstock controls as a high priority”.

She explained that that one way to tighten controls on composting and AD sites was to take a stricter approach to permits. This would see checks to make sure that incoming feedstock was not contaminated. If it was found to be the case with local authority-derived feedstock, councils might be spoken to about breaching their duty of care by supplying contaminated green waste and consequently “encouraging” a breach of permit by an organics business.

The topic brought a reaction from several delegates. Trevor Heathcote of Envar said it was “down to the Environment Agency” to tackle the local authorities over contaminated feedstock.

And, from Scotland, Tommy Dale of Forth Resource Management reminded delegates that Scottish Environment Protection Agency (SEPA) is  looking at quality protocols to improve standards and that he felt the PAS100 process for compost could be used to “do more” to drive up quality.

Andrew Thomson of A&E Composting Services felt that the “old age problem is the quality of green waste from councils”. He advocated the removal of green waste bins from households who have contamination in their green waste. But, Ray Georgeson, chief executive of the Resource Association, who was a guest speaker at the ORG Conference, said this was a difficult issue and that local authorities do consider removing bins, “but the Members don’t want to support this”.

The contrary situation with some local authority tenders was also raised. James Landau of Biowise noted that some local authorities required organics contractors to be PAS100 compliant for composting. “However, the waste stream supplied doesn’t correlate with the requirements demanded by the  standard”, he noted, reflecting a common view at the meeting that local authorities material was often contaminated.

Others present noted that food waste was placed in plastic bags by residents in schemes approved by some local authorities, and that while AD plants can generally remove the plastic, this remained a challenge and it would be better not to collect the food waste in plastic bags in the first place.

Speaking to letsrecycle.com, Jeremy Jacobs, technical director of the REA and ORG, said: “We would like authorities to be sufficiently funded in order that they are resourced efficiently to be able to get information to residents to have a better understanding of what should go in the green waste bin and to keep plastic out. Communication campaigns needs to be ongoing and it is the same with food waste and will be so even more in the future under the plans for more food waste collections to be rolled out on the back of the resources and Waste Strategy.” 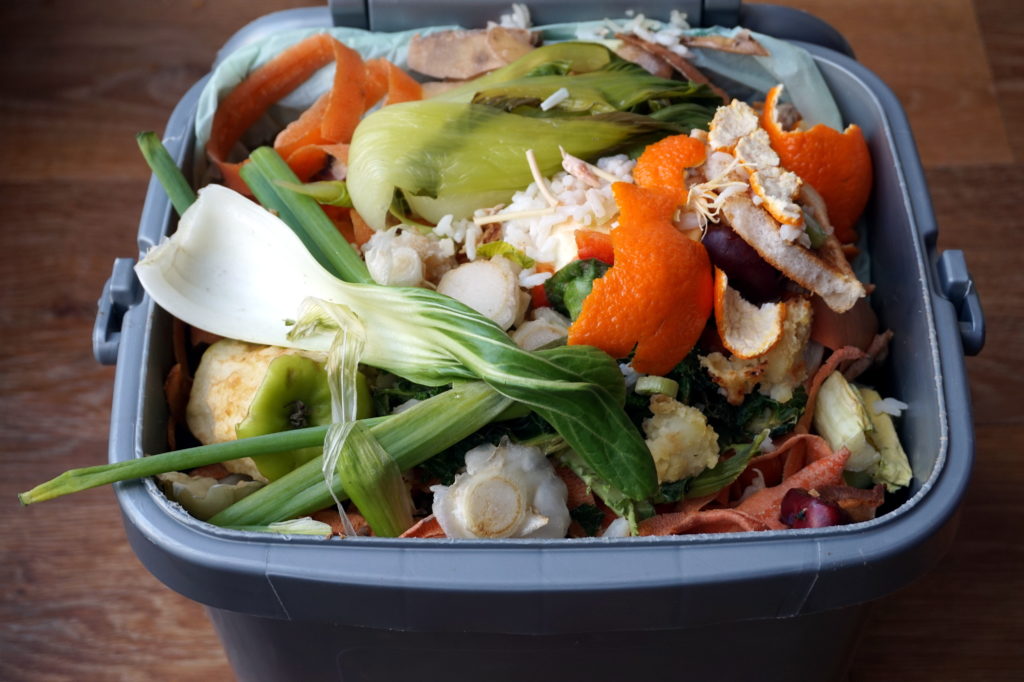