Lancashire Fire and Rescue Service was called to the site before 21:40 yesterday evening, where firefighters found that a pile of cars, approximately 30 metres by 20 metres was well alight.

According to the Fire Service, firefighters managed to contain the fire from spreading to other piles of recycling and none of the shredding and sorting equipment on the site has been damaged.

The cause of the fire is yet to be established, and an investigation is now underway.

“Firefighters will continue to extinguish the fire as daylight breaks on Friday morning and the Service at 5:00am still had 15 fire engines and approximately 100 firefighters dealing with the fire. It is expected that firefighters will remain there for most of the day.

“An initial investigation into the cause of the fire began overnight and the cause has not been established so far.”

Recycling Lives has released a statement this morning informing customers that the Longridge Road site will be closed today, and that all trade will be diverted to its Red Scar Depot, located close by. The company expect to have the site back in operation by as early as tomorrow.

It added that due to planning permission restrictions, the main processing machinery, a state of the art metal fragmentiser, can only operate within the hours of 7:30am and 2pm. Therefore, in order to maximise processing efficiency, scrap metal must be stored beyond the volumes we would wish.

Steve Jackson, chief executive of Recycling Lives said: “Thanks to the exceptional work of firefighters and the outstanding health and safety practises at Recycling Lives, the fire was quickly contained and there have been no injuries or damage to machinery. We are incredibly grateful to the firefighters and other emergency services who have helped us to deal with the incident and we will continue to support their operations in any way we can.

“We would also like to extend our thanks to our customers who have been sending messages of support throughout the night and this morning, particularly our neighbours, EH Booths and James Hall.” A scheme to tackle the illegal fly tipping of tyres across Shropshire has been ... Transport for West Midlands (TfWM) has set up a pilot initiative in Coventry whereby ... 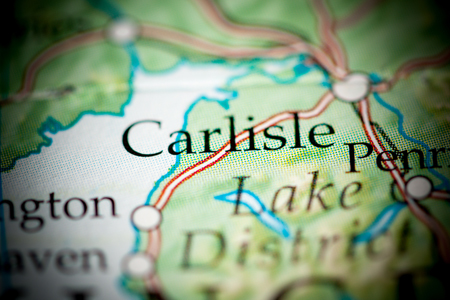 An inquest is to be opened next Tuesday, 23 February, into the death of an employee ...