‘The government must act now to address single-use nappies’

OPINION: Three billion single-use nappies are thrown away in the UK each year. In this article, David Linden, SNP MP for Glasgow East, discusses the impact of single-use nappies on the environment and his proposals on how to increase awareness of and access to reusable nappies.

We have a unique opportunity to tackle a significant single-use plastic – but the government must act now.

The single-use products that we use around the home make up a huge proportion of the waste that ends up in our bins at the end of the week. In the last decade, we have taken strides as a community to understand what happens to these products once we throw them away.

This is partly due to local and central government which have provided us with information about alternative choices and, in some instances, incentives to help us change the way we consume. We no longer rely on plastic bags when we go to the shops and it is now second nature to throw our cereal boxes into the recycling. But we still have a long way to go. Our waste output is causing extreme detriment to the environment and we all have a responsibility to reduce it. Luckily, there are many other small day-to-day changes we can make to see this happen.

Although they haven’t received the same publicity as plastic bags and straws, single-use nappies cause an equally devastating and far-reaching impact on the environment. A staggering 3 billion single-use nappies are thrown away annually in the UK, making up around 4% of our throw-away waste. They are sent to landfill or incinerators where they generate carbon emissions, exacerbating local air pollution levels and contributing to global warming.

Sadly, the burden on the waste system is increased by people who put nappies in recycling, prompted by claims made by single-use nappy manufacturers about their products being eco-friendly, biodegradable or recyclable. In fact, many of these claims are misleading because they don’t refer to all the materials in the nappy or the organic matter that babies leave in them. Added to this, we simply don’t have a waste system in the UK which is equipped to deal with nappies in this way. The North London Waste Authority found in a 2019 survey that one in 10 parents admits to throwing dirty nappies in recycling bins, causing costly and environmentally harmful contamination of recycling systems.

It is very encouraging that some local authorities are dealing with the burden of waste caused by single-use nappies by offering new families the choice to try reusable nappies through voucher schemes or trial packs. One study, carried out by the University of Northampton, found that the Real Nappies for London scheme which operates across nine London boroughs had saved waste authorities over £300,000 in costs over four years. Scotland and Wales are now trialling national voucher and sample packs for families with new-born babies.

Any call for behaviour change needs to be easily adoptable in order to be successful. However, a small change can have a significant impact. By switching occasionally to reusable nappies, a family can make a big difference to the number of single-use nappies that end up in our waste systems every year and save money too. Modern day reusable nappies are beautifully produced, often using sustainable materials, and have seen a surge in popularity in the past five years. They are becoming an easy choice to make, but parents need to know about that choice.

In the same way that the government moved to help people make choices about using plastic bags and straws, there are some simple steps the government can take to help people make an informed choice about the type of nappies they use. They should encourage local authorities to work together to set up nappy schemes for new families and make sure that any environmental claims made by single-use nappy manufacturers meet established standards to ensure they are accurate and realistic.

These two steps are the central elements of my recent amendment to the government’s Environment Bill which is progressing through the House of Commons. When I spoke about the amendment in the Chamber last Tuesday (26 January), I was pleased that many members from different parties voiced their support. The minister Rebecca Pow promised to clarify the Bill’s explanatory notes to allow my amendment to be addressed once the Bill has passed into law. Now she has made this promise, we must make sure that this happens. I am calling on the government to help inform families about the choices available to them. Another small switch to our daily lives could have a significant impact on our environment. 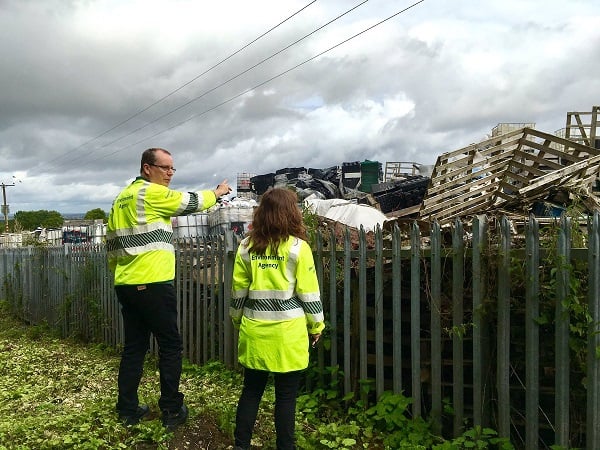 OPINION: ‘Waste crime is a blight on our society’